Facebook Viruses and Facebook Malware are being distributed more often every day, marking the beginning of a new and evolving cyber security risk.

Facebook is a powerful networking tool. As companies and employers start to recognize advantages of allowing their employees to access the social networking site during business hours and the benefit of running a company Facebook page, they unknowingly put themselves at a serious risk for a cyber security breach.

With advanced hacking technologies and so many examples of past cyber security breaches to learn from, hackers are able to record passwords entered into Facebook. Since 1/3 of Internet users use the same password for almost everything that requires one, obtaining a password from a social networking site that is connected to a business often provide hackers with a smooth entrance to more valuable information your company holds (read: What can happen if your business is hacked?).If you don’t already have technology insurance, can you handle this major cyber security risk?

Facebook viruses and malware infections grow in number monthly.  Currently their capabilities are somewhat unsophisticated, but it is only a matter of time before they evolve into something more serious. Companies need to be ready to face these new cyber security risks.

1) Koobface is a multi-platform computer worm that was originally created to gather login information from the users of the most popular Social Networking sites, including Facebook, Twitter, MySpace, hi5, Bebo and Friendster. Koobface also sends links to the infected user’s friends and connections, which would then infect their computer with a Trojan virus. Once a virus is on a computer it can hide in the background until it finds the information it is after.

2) Ramnit, while not specifically a Facebook virus, is a Windows Malware that is responsible for the theft of almost 45k Facebook logins. Ramnit is used to spread infected files and collect credit card information and uses Facebook as a vehicle to reach thousands of people.

3) The LilyJade Worm malware mimics advertisements on major current event outlets such as Yahoo, Youtube, Bing, MSN, AOL and Google to spread Facebook viruses, malware infections and spam messages about Justin Beiber from infected accounts. This virus was planned so that it would spread regardless of the browser the spam message was viewed on. Worst of all, there is currently no antivirus designed to detect and protect against this.  This virus highlights the risks companies open themselves to when letting employees use social media at work.

It is undeniable that Facebook is starting to be widely used as an entry-point of hackers looking to steal it and make a big cyber security breach. If your company allows social media usage on the same computers that store any classified, credit card and/or other personally identifiable information of your clients it is time to consider getting a technology insurance policy that will protect you.

This is not to say that companies should prohibit the use of social media, they should simply be aware of the threats and the future possibilities of cyber security breach that it enables.

Contact Insuring Tech today for a free quote and learn about which cyber security policy works best for you. 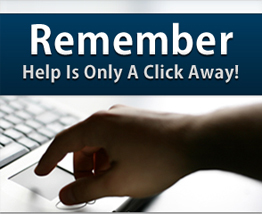